Welcome back to Lamon Reviews. Today we have a wonderful spotlight for Discovery of the Five Senses: Book One– The Urban Boys Series by K.N. Smith and giveaway. Thank you to iRead books Tours for our spot on todays blog tour.

Remember to enter the giveaway for your chance to win $100 VISA eGift Card courtesy of K.N. Smith, author of Discovery of the Five Senses Book One – The Urban Boys Series (ends Feb 25)

Readers can follow the entire tour using the link below.

Discovery of the Five Senses Book One – The Urban Boys Series 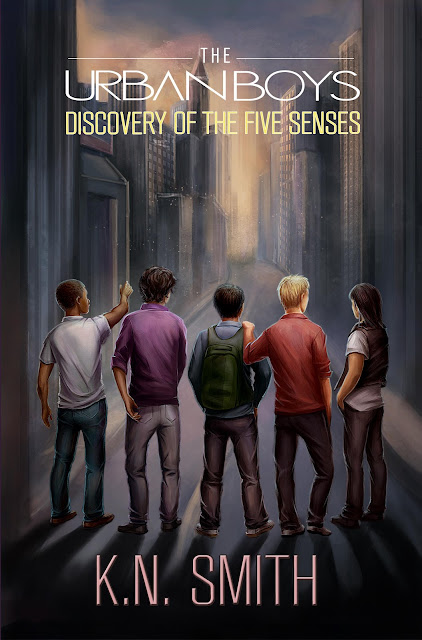 Welcome or unwelcome. Fate has arrived.

“A captivating and poetic tale of mystery, fantasy, and reality tied together by action!” 5-stars, Lars Jackson, Amazon Customer

A suspenseful incident in a forbidden preserve heightens the senses of five friends. Sight, sound, touch, taste, and smell become super-gifts that forever change the world. But furious battles confront the boys as they try to understand their sensory super powers in a race to save mankind. With light beings and mysterious strangers complicating their plight, will the boys be able to defeat the evil Druth before it’s too late? Get prepared for the twisting and grinding of this award-winning, action-adventure story — an edge-of-your-seat narrative for young and mature readers alike.

As one would imagine, a mysterious forest might offer deep, eerie chills, especially at night. Instead, the forest cast a rich glow, and the environment was beautiful and serene.

Walking slowly with their eyes absolutely feasting on the horticultural delights, the boys were approached by something they weren’t sure was real. It floated effortlessly, lighting up in a sporadic pattern, but had neither sound nor discernible shape, other than being somewhat clear and round.

Its fluttering wings suspended it in the center of their disbelieving huddle. All eyes were on it, but what it was provoked more mystery than the forest itself. It bounced in a cheery, beckoning fashion, flashing its stunning wings, drawing the boys into a never-ending waltz. They were transfixed, unable to glance at each other, prevented by the daze each silently battled.

The little glowing being carried about, moving closer to their faces. It moved in and out of trees, spewing, sparkle and splendor, then floated away from the boys, yet stayed close enough to continue the enticement.

Contributing to the amazing glow ricocheting from sprawling fronds to soaring trees and fallen leaves, the being’s creativity advanced in a display of twirls and spins, astonishing the boys. And they followed their little friend further and further into the forest.

Deeper ahead, the visual spectacle beautifully intertwined with the clicking noise, which grew louder and more defined, moving up the scale into high notes. The repetition of the noise mesmerized the boys, equating to an invisible lasso.

The friends grouped together, looking ahead and behind. Their stomachs tightened as the tension grew.

What they saw next would pale in comparison to their little, wondrous friend, who steadily bounced around several curvy pathways.

The small creature led them into an area deep within the preserve housing two large, floating, clicking balls of light. The boys instinctively covered their eyes, yet still tried to peep through their fingers.

The light balls began spinning wildly and grew louder, with their tops spitting out free-falling shavings of light like fireworks.

The sputtering light bounced off the dirt only to end up against a tree or one of the boys, then back down and up again.

Slowing down, the beings moved in between the boys. Too scared to move and struggling with reality, the boys’ eyes locked onto the radiant balls.

And with a striking force, the five friends were encased by a bright, piercing light as the balls exploded, emitting their energy onto the boys.

Mixing and mashing north, south, east, and west, bright waves covered the soil, spreading across trees, rock, and all plant life. The forest fell silent, frozen like an inhale without an exhale. It was dark and quiet, except for the liquid energy dripping from the huge, wavy leaves.

Being subjected to drifts both in and out of reality, the boys succumbed to the lure of a vacant black space within the deepest parts of their minds. They fell to the ground unconscious, laying in this forbidden domain in the center of a place they had been warned not to approach.

And from some distance toward the other side of the preserve, a draped shadow had been looking inward and saw this mysterious incident.

The curve of his black hood was loose enough for him to witness the unthinkable. But it also shrouded his expression, which was impassive.

This figure, a dark stranger, had been watching the boys for a period of time and saw the explosion of light. He knew it had exposed them to a grave risk in this place of both awe and fear. He realized time would now take the reins as a master guide for these stricken young men, all of whom would need hope as a rod and stamina as a spear on the long journey ahead.

Knowing the veil of normalcy would need to be maintained in order for this inconceivable episode to be minimized, the Dark Stranger drew upon his strength to physically move each of the boys to Rhee’s house.

He knew familiar surroundings would ease them as they roused, barely able to comprehend their predicament.

For he knew much, and every step, every footprint left an indelible impression on the path leading to the studio in Rhee’s backyard. Indeed, footprints providing a window to the past meshed with hope for the future.

And like a laser, the Dark Stranger steadied his gait, hurling each one up and over his powerful shoulders.

As he absorbed the totality of the scene, he breathed deeply. His head hung in a manner to which only trauma could relate. But in a sign of resilience, it swiftly sprung back.

Under the circumstances, he knew time would not be patient nor friendly. 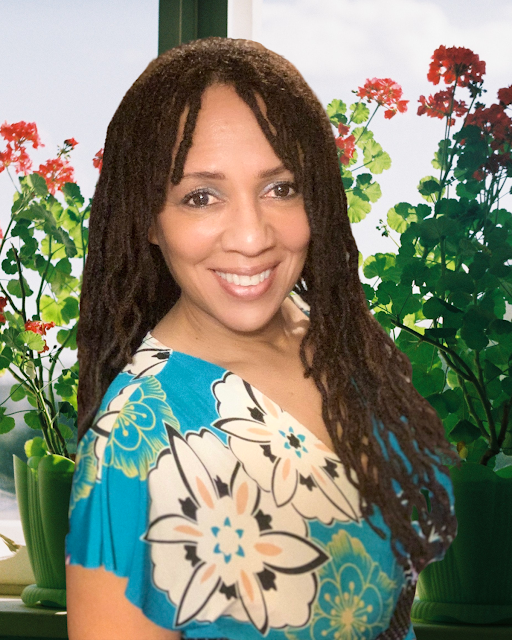 K.N. Smith, winner of the “Best of” in the category of “Outstanding Young Adult Novel” at the Jessie Redmon Fauset Book Awards, is an author, screenwriter, and passionate advocate of literacy and arts programs throughout the world. She inspires people of all ages to reach their highest potential in their creative, educational, and life pursuits. She lives in California with her family.

Remember to enter the giveaway for your chance to win $100 VISA eGift Card courtesy of K.N. Smith, author of Discovery of the Five Senses Book One – The Urban Boys Series (ends Feb 25)

What did you think of the excerpt? Let me know in the comments below.